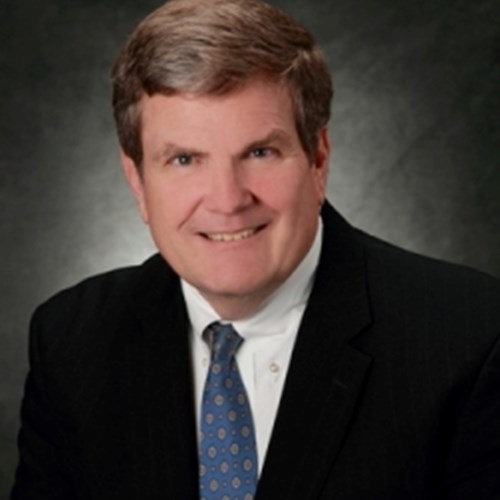 Cleveland, Ohio (April 19, 2012) -- Sister Judith Ann Karam, CSA, president and CEO of the Sisters of Charity Health System (SCHS), has announced the appointment of Terrence P. Kessler as general counsel for the Cleveland-based health system. He replaces Robert Maynard, who is retiring after 50 years of dedicated service to the community.

In his new role, Kessler will oversee the SCHS legal functions, including corporate governance, contracts, leases and financial transactions, as well as state and federal tax and health care regulatory compliance. He will also oversee the legal department and serve as a member of the senior leadership staff of the health system, which includes five hospitals, two skilled nursing and assisted living facilities, three grantmaking foundations, and numerous health and human services organizations in Ohio and South Carolina.

Kessler comes from Black, McCuskey, Souers & Arbaugh in Canton, Ohio, where he has been a shareholder since 1980. He joined the law firm in 1975 after graduating from The Ohio State University College of Law. His practice has focused on business and transactional matters, business finance, and state and federal taxation.

Kessler has been on the SCHS Board of Directors since 1998 and has served as board chair since 2006. With his appointment as general counsel, he will be resigning as a member of the board. He begins his new position on June 6, 2012.

“Throughout the past 14 years of volunteer services for the health system, Terry has deeply embraced our mission and values, and he shares our vision for the future,” said Karam. “He has developed a deep understanding of the dynamic health care sector in Northeast Ohio and the values of Catholic health care. He understands poverty, as well, through the work of our foundations and community outreach ministries. Combined with his extensive legal experience at one of Ohio’s top law firms, he is a perfect fit for the role of general counsel for the Sisters of Charity Health System.”

Kessler has been active with the Stark County Bar Association since 1975, serving as president from 1994 to 1995 and chairing the association’s grievance and executive committees. He is also a past president of the United Way of Central Stark County, past president of the Catholic Charities Advisory Board of the Diocese of Youngstown and a current member of the board of directors of Canton Central Catholic High School. Kessler earned a bachelor’s degree from Yale University and his law degree from The Ohio State University College of Law.

“I am pleased to join the Sisters of Charity Health System and look forward to continuing the tremendous work that has been carried out diligently by my predecessor, Robert Maynard. Bob has built a strong reputation for our legal services throughout his 11 years as SCHS general counsel,” said Kessler. “I have tremendous passion and commitment to the Catholic healing mission of this organization, which has a strong future of continuing to respond to the needs of all of the communities we serve.”

Other health and human services and education-related organizations within the Sisters of Charity Health System include Joseph’s Home, a unique residential care center for homeless men in Cleveland; Early Childhood Resource Center for people working in childcare in all settings in Canton; Healthy Learners, a health care resource for children from low-income families in South Carolina; and the South Carolina Center for Fathers and Families, a state-wide organization supporting initiatives to reengage fathers in the lives of their children.