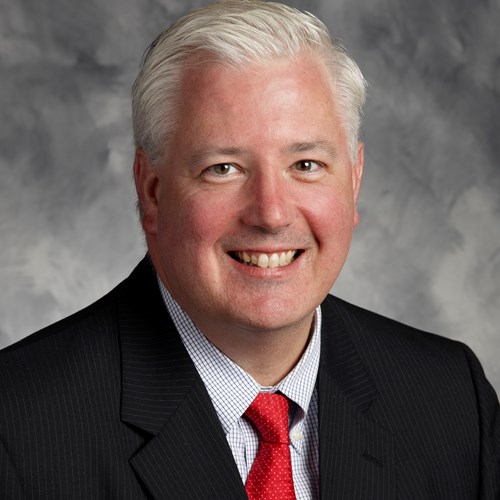 February 15, 2018 – CLEVELAND – Mark Cotleur has joined the Sisters of Charity Health System as senior vice president for fund development. In this role, he is responsible for overseeing fundraising on behalf of St. Vincent Charity Medical Center in Cleveland, Mercy Medical Center in Canton, Regina Health Center in Richfield, Light of Hearts Villa in Bedford, and six outreach ministries in Ohio and South Carolina.

“We are deeply inspired by our Catholic sisters’ legacy of identifying and serving unmet needs in our communities. For example, St. Vincent Charity Medical Center has one of only two Psychiatric Emergency Departments in Ohio, and the only hospital-based detoxification center in the region,” said Thomas J. Strauss, president & CEO of the Sisters of Charity Health System. “Another example is Joseph’s Home, which is the only organization in the region that offers acutely ill homeless men shelter and medical respite to promote healing and independence. All of our ministries uniquely serve our communities and are vital to support.”

Cotleur brings to the Sisters of Charity Health System more than 25 years of experience as a senior leader and fundraiser. Most recently, he was vice president of development at Summa Health, where he participated in the attainment of the two largest gifts in Summa’s history ($6M and $5M) as part of the “Caring for You: Then, Now, Always” campaign.

Prior, he served as University Hospitals director of development, leading the fundraising team for the Seidman Cancer Center. In this role, he secured $20M in philanthropic commitments to advance capital, program and research initiatives for the health system. Throughout nearly 14 years at UH, Mark led the fundraising effort to build the new cancer center and played a key role in the success of the $1.5B "Discover the Difference" campaign.

Mark has also held management positions in fundraising with Boston's Children's Hospital and Children's Hospital of Wisconsin. He earned his Master of Arts degree in Theological Ethics from Marquette University and a Bachelor of Arts degree in History and Philosophy from Borromeo Seminary College. A native Clevelander, Mark lives in Broadview Heights with his wife, Mary Elizabeth, and their two daughters.

“The Sisters of Charity Health System plays a unique role by providing a wide range of vital services. As someone who experienced, firsthand, the compassionate care provided by the Sisters of Charity of St. Augustine, I am honored to have the opportunity to now work on behalf of this faith-based organization, engaging the philanthropic community to support these Catholic ministries,” said Cotleur.