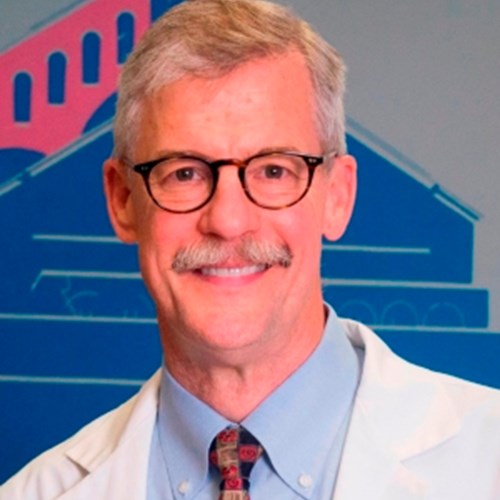 A committee of health care professionals recently recommended that the State Medical Board of Ohio vote next month to include anxiety and autism spectrum disorder as qualifying conditions for medical marijuana use. Dr. Ted Parran, co-associate medical director of Rosary Hall at St. Vincent Charity Medical Center, was asked by the Medical Marijuana Advisory Committee to give his expert opinion on whether these conditions should be added to the more than 20 conditions already approved for marijuana treatment in Ohio.

90.3 WCPN ideastream Be Well health reporter Marlene Harris-Taylor spoke to Dr. Parran about using medical marijuana to treat anxiety and some symptoms of autism, as well as three other conditions that did not get recommended. Harris-Taylor joined Amy Eddings, host of Morning Edition on 90.3 WCPN ideastream, to talk about her conversation with Dr. Parran. AP News also wrote about the committee’s recommendation.

The full text of their conversation is below or available here on ideastream.

Why are they are making these additions at this particular time?

Under the state medical marijuana program the board does a review every year. There are already over 20 conditions already approved for marijuana treatment, things like Alzheimer’s disease and cancer, and doctors can petition the board to add new conditions.

You spoke to Dr. Ted Parran, co-medical director of Rosary Hall at St. Vincent Charity Medical Center. How did he get involved?

Dr. Parran has been overseeing drug treatment there at Rosary Hall for years. He was asked by the committee to come and give his expert opinion on whether these conditions should be added. There were 110 petitions originally for a variety of conditions. They whittled them down to five. The committee is recommending autism and anxiety, but they rejected depression, insomnia, and opioid addiction.

What was Dr. Parran’s opinion is on anxiety and medical marijuana as a treatment for it?

Dr. Parran is always very careful with his opinions but he does think there is evidence that it will help anxiety. He said, "when the medical board reviewed the literature, they decided there was enough evidence that medical marijuana may be useful on the management of anxiety."

What was his thought on autism and medical marijuana use there?

His thoughts there are mixed. He says it can help depending on how it manifests in the person. He adds, "For people with autism who also have learning problems, medical marijuana will be a disaster because the THC part that’s in marijuana tends to worsen concentration, tends to worsen memory. But if a person has autism and is bothered mostly by being in society and being overstimulated, the hope is that medical marijuana might help a little bit with the anxiety and hyperstimulation part."

Autism is usually first detected in childhood. Does that mean children are going to be able to use medical marijuana?

Under the state program they must have a caregiver who oversees the program for them. The caregiver applies for the card.

Was this brought up though as a concern, with children using pot to address autism?

Yeah, it actually was talked about quite a bit during the hearing. The evidence is clear that marijuana can affect the development of the brain of a person up to the age of 25. So the committee had to weight the risks and benefits of allowing children with autism to use medical marijuana. And they talked about the fact that the children who are really hyperactive, right now they are given some really strong pharmaceuticals to help control that.

What were Dr. Parran’s opinions about the other three conditions that did not get recommended by the panel: opioid use disorder, depression, and insomnia?

He agreed with the opinion of the panel. He feels very strongly there is no evidence, no scientific evidence that marijuana will help those conditions.

The full board still could add them to the list?

Yeah, they absolutely could. This committee that met, they gave a recommendation to the full board, but the full board will make the final decision.

I understand Dr. Parran has an interesting perspective on medical marijuana as a whole. Tell me about it.

So this could be a gateway for Ohio then perhaps.

He feels very strongly it won’t be long.