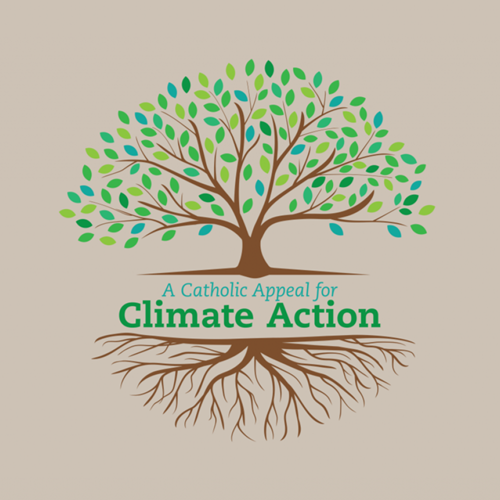 The Sisters of Charity Health System stands with the Catholic Health Association of the United States and other Catholic health care organizations and Catholic institutions in signing a Catholic Climate Action Letter. The letter will be presented to the Biden administration and Congress right before the 26th UN Climate Change Conference of the Parties (COP26) meeting in Glasgow, Scotland, in November.

The letter urges them to work beyond partisanship and create climate solutions that will build a better future for present and future generations and our common home.

This Catholic institutional letter is in solidarity with thousands of Catholic individuals signing a shorter, related Catholic Climate Action Petition. These united messages will be delivered during Season of Creation, faithfully hoping and praying that they will move the needle of the nation’s moral compass toward the bold and ambitious solutions the nation and world need to address the climate crisis.

The full text of the letter is below or available here.

A Catholic appeal for climate action

As people of faith, we are convinced that "the earth is the Lord's and all it holds." Our Creator has given us the gift of creation: the air we breathe, the water that sustains life, the fruits of the land that nourish us, and the entire web of life without which human life cannot flourish. All of this God created and found "very good." We believe our response to global climate change should be a sign of our respect for God's creation.

As Catholic institutions, organizations, communities, and individuals in the United States, we recognize global climate change as an urgent moral issue that threatens the life and dignity of present and future generations, adds to the hardships already experienced by the poorest and most vulnerable people domestically and abroad, and degrades Earth, our common home.

These values compel us to urge you to enact ambitious national solutions that address the sources and threats of climate change in advance of international climate talks in Glasgow, Scotland, later this year. U.S. and global leadership and ambition are critical if humanity is to limit warming to 1.5 degrees Celsius to avoid the worst impacts of climate change.

We are thankful for the United States’ commitment to cut its greenhouse gas emissions in half based on 2005 levels by the end of the decade. We are heartened by increasing bipartisan dialogue on climate solutions, which we pray will lead to substantive Congressional action.

However, as temperatures and seas continue to rise, climate impacts upon the global family increase in number and scale. Partisan divisions thwart the realization of climate solutions fully able to meet the challenge. We ask you and pray to God that you work together. “[A]t its core, global climate change is not about economic theory or political platforms, nor about partisan advantage or interest group pressures. It is about the future of God’s creation and the one human family.” “What kind of world do we want to leave to those who come after us, to children who are now growing up?”

Now is the time for our nation to bring leadership to the climate crisis by enacting national policies to reach those goals and bolster our ambition under the Paris Agreement. We support policies that drastically reduce global greenhouse gas emissions, combat poverty, restore dignity to excluded peoples, and protect nature. vii

Communities of color, low-income communities, and tribal nations bear the brunt of environmental degradation, climate change and pollution. These vulnerable populations must especially benefit from financial commitments and programs. This includes programs that: build clean energy and water infrastructure; promote human health, climate resilience and ecosystem conservation; and provide a just transition for workers and families threatened by the shift to a low-carbon society.viii

Internationally, we echo these themes for nations most vulnerable to climate impacts. Low-and middle-income countries need financial support to be able to reduce emissions, adapt to changing environments, and implement contingency plans when it becomes impossible to adapt. This support should be coupled with the forgiveness of debt to free up national financial resources to help these countries meet the scale of the climate crisis.

For the sake of our common home and our common future, we humbly offer this letter to you, and to God the Creator who gives us life.