A Hope and a Future: Fatherhood program of the South Carolina Center for Fathers and Families featured in Columbia Metropolitan Magazine 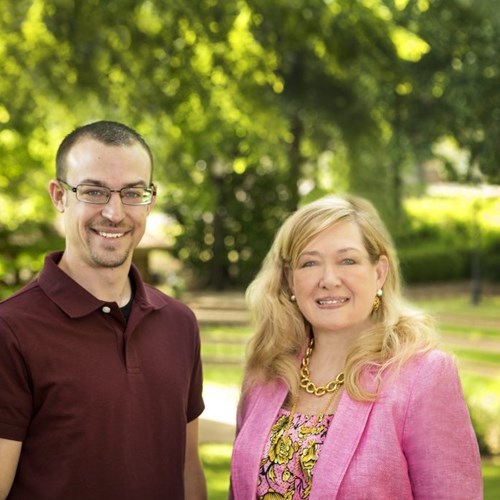 Midlands Fatherhood Coalition, a program of the the South Carolina Center for Fathers and Families, is featured in this month’s edition of Columbia Metropolitan Magazine. The article, entitled “A Hope and a Future,” gives insight to the many layers of life that fatherhood programs can touch in helping dads, children, families and communities grow stronger. The article begins with the journey of Devin Bartos, a young father who managed to escape a destructive lifestyle and become the responsible, nurturing dad he had always want to be to his son. The feature also gives an overview of how the program works, especially in bettering outcomes for children.

A Hope and a Future
Midlands Fatherhood Coalition sustains lives

Thirty-year-old Devin Bartos, who became addicted to drugs during his teenage years, spent young adulthood attempting to climb his way out of a destructive lifestyle. He  ended up spending two years in South Carolina’s 11th Judicial Circuit Divergent Drug Court Program to overcome his addiction, but he says his connection with Midlands Fatherhood Coalition truly became a lifeline.

During his involvement in MFC’s intensive program for fathers this past year, Devin felt motivated  to ask his then-girlfriend’s father for his blessing for their marriage, knowing she would be a wonderful wife and a good stepmother to his son, Bryson. Devin says MFC taught him not only about what a healthy relationship looked like but also life skills he did not acquire from his own father; he credits MFC with giving him hope and a future. “My life has changed in many ways,” he says. “I have been clean now for going on three years, I’m a business owner, and the most important thing is that I’m a good husband to my wife and a good father to my son.”

Devin’s testimony is consistent with and similar to thousands of other men aided by MFC. He says, “As men, sometimes it’s hard to ask for help, but MFC has a great team of other men who challenge you to be better while still providing comradery and support.”

Eleanor Dreher Boyd, regional development director of the Midlands Fatherhood Coalition, describes MFC as “a nonprofit organization committed to enabling men to be responsible dads. Our organization arose out of a need to provide programming especially for fathers, which is something missing in our community.”

MFC steps into voids that are missing in the lives of many Midlands men. “We are boots on the ground, so to speak,” says Eleanor. “We provide individual goal setting and group sessions on parenting, healthy relationships, men’s health, and economic stability. For men who are under or unemployed, we have a job readiness boot camp and have a team focused on placing graduates in jobs so they can support their families.”

Recognizing that absent fathers cause children to struggle in every facet of their development, their program gives fathers the tools to connect, or reconnect, with their children through father/child activities, in addition to training and support. A typical MFC scenario begins with a father motivated to better his life, or as an alternative to court-mandated incarceration, entering the program. Fathers of diverse backgrounds, ethnicities, and cultures enter a free, 24-week program that involves biweekly sessions and one-on-one coaching. MFC’s “One Man Plan” is a chance for each father in the program to work individually with a staff member to create a distinct life plan that includes setting goals and creating a road map.

“While it costs MFC $2,500 per father to participate in the program, we offer it for free,” Eleanor says.

Eleanor is a native of Columbia; she left the area for 27 years and then returned in 2016. She conveys a deep connection to and caring for the greater Columbia area. And, even though Eleanor has spent her 30-year career in nonprofits, she says MFC is near and dear to her heart. “I have a great father, and it’s hard for me to accept that there are children living in fear and insecurity because they don’t have a dad, or a good dad, in their lives.”

The children, in fact, are ultimately why MFC was founded in 2002.

“While we are focused on fathers, the ultimate beneficiary is the children,” she says. “Children without supportive fathers are more likely to drop out of school, get into legal trouble, become teen parents, and live in poverty. It’s our responsibility to equip fathers so that they are involved, improved, and empowered so their families will thrive.”

Eleanor believes that one of the reasons MFC works is because fathers are participants who are not made to feel shame but instead are involved in an organization with the heart and compassion that they learn will equip them to have better opportunities in their lives. “Fathers can be undervalued in our culture, but we are here to see men, many of whom are broken, be transformed.”

Devin was stirred this past year to seek MFC’s resources and assistance during a custody battle with a previous girlfriend for  Bryson, 6. Devin was in a substance abuse recovery program and discovered that his son was in need. “At first I was hoping to learn more about my legal rights as a father and how to be a good father, but I ended up gaining a lot more,” he says. “The program teaches a lot about healthy relationships. I was able to learn about love languages and the benefits of marriage. They also have information about economic stability. I was able to gain useful knowledge about budgeting and credit from MFC. Now I have my own small contracting business, True Touch, LLC, and I was even able to do work for Midlands Fatherhood Coalition.”

MFC has site offices in Richland, Lexington, and Sumter counties and serves the entire Midlands region. Besides a board of directors, a staff of 30, and a volunteer pool of 50, many others such as judges, representatives in the law and law enforcement communities, Midlands Technical College, and the Columbia Chamber support MFC by providing services and expertise. The Central Carolina Community Foundation, Mission Lexington, United Way, and a variety of corporations are employment partners.

Eleanor says that about 78 percent of participants find their way to MFC’s programs voluntarily, while the other 22 percent is given the choice by family court to participate in MFC or go to prison for unpaid child support. In 2019, MFC served close to 1,000 men, and more than 2,170 children were “positively impacted” as a result, says Eleanor. “The ultimate goal is to stem negative cycles.”

In addition to MFC’s programs, fathers have periodic opportunities to participate with their children in special activities, such as craft days, evenings to watch the Columbia Fireflies, camping trips, a father-daughter dance, movie nights, cookouts, and more. “We try to offer an activity at least quarterly,” says Eleanor. “Some of these activities are really a special bonding time for fathers and their children.”

In response to the COVID-19 crisis, MFC partnered in April with Harvest Hope to create and distribute at least 500 bags of crafts and activities for MHF participants as well as identify needy families in the area. The bags included fun parent/children activities, such as a jump rope, a variety of card games, and simple crafts, as well as the 1-833-MFC-DADS hotline number and some basic MFC information.

MFC is supported by more than 100 partners, says Eleanor. South Carolina Centers for Fathers and Families, which she describes as a separate nonprofit, is the umbrella organization that provides training and supports fatherhood affiliates across the state, and it provides 90 percent of funds MFC needs to operate. Four percent comes from local government and grants, and the other 6 percent is the result of corporate, individual, and unrestricted giving. The bulk of MFC’s operating expenses are used to fund its extensive program offerings.

To raise awareness and funds, MFC hosts, along with Serve and Connect (the organization created in honor of Forest Acres Officer Greg Alia, killed in 2015) as well as the Springdale, South Carolina, Police Department, an annual Daddy-and-Me 5K. Anyone in the community can be, and is, encouraged to participate in this event. This past year, Jacob Deutschmann, 10 years old, ran in the Daddy-and-Me 5K.

His mother, Debbie, says, “Jacob started running in third grade, and he loves doing 5Ks. So when he learned about this 5K and this organization, he wanted to run in it because we as a family wanted to support MFC.”

“I feel like my husband was a really great dad,” says Debbie, pointing out that Jacob is their only child. “Jacob was fortunate enough to have had that relationship with his father, and to ensure that other fathers have similar opportunities with their children, we want to continue to support Midlands Fatherhood Coalition.”

For Jacob’s January birthday, instead of accepting gifts, he asked guests ahead of time to plan to make contributions to MFC. Around 40 guests attended Jacob’s birthday party; he was able to give to MFC $400 in cash as well as gift cards, books, and other donations, all in his father’s honor.

“And, this summer, his mother says he wants to do a lemonade stand to raise funds for us,” says Eleanor.

“MFC helps dads a lot,” says Jacob, now a rising fifth grader at Satchel Ford Elementary School. “I want to do what I can to help dads be better dads.”

Devin says his “aha moment,” due to MFC’s influence in his life, came when he was able to save enough money to take his family on a real vacation. “We rented a lake house and had a great time together as a family. At the end of the night, my son and I were sitting on the dock, and he began telling me how much he enjoyed the time we spent together fishing and in nature. It was that moment that I realized that my being a good father to my son would have a positive lifetime impact on him. Having been raised in a home where my father and I had a very strained relationship, I now deeply value knowing that my son will always have a positive relationship with me.”

Pictured are Eleanor Dreher Boyd (right), regional development director of the Midlands Fatherhood Coalition, and 30-year-old father Devin Bartos, who says he learned through MFC not only what a healthy relationship looks like but also the life skills he did not acquire from his own father; he credits MFC with giving him hope and a future.