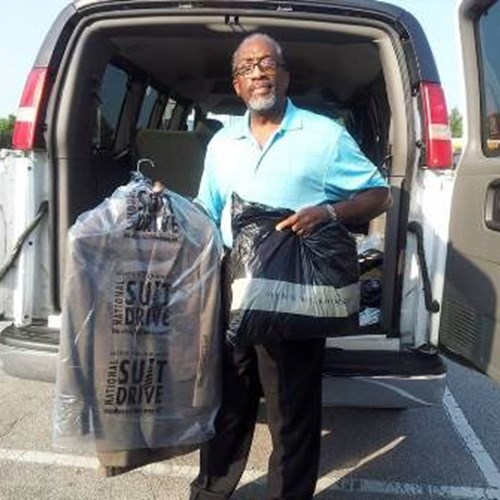 The network of fatherhood programs that the South Carolina Center for Fathers and Families supports and coordinates continues to grow. The latest addition will come this fall with a new office for the Lancaster Fatherhood Project in Rock Hill, South Carolina, which is the program’s first dedicated presence in York County, South Carolina.

The Herald in Rock Hill recently published an article about the expansion. Read The Herald’s full story below or at heraldonline.com:

Durrell Douglas was 18, just out of high school and father to a newborn son.

Douglas said his father referred him to the Lancaster Fatherhood Project, a nonprofit started in 1999 that helps strengthen families by encouraging fathers to overcome barriers to being a responsible and involved parent. He completed the six-month program, during which he learned, among other things, how to be better involved in his son’s life, communicate better with his son’s mother and apply for jobs and prepare for interviews.

“He gave me the guidance and the tools I needed to succeed,” Douglas said of Rodney Watts, an intervention specialist with the project. “He didn’t lecture me; he just told me things I needed to know.”

Douglas is one of nearly 900 men who have been helped by the project since it began in 1999, according to executive director Tyrom Faulkner. The project’s sponsors and resources have expanded over the years, and it’s now taking another step forward by opening an office in Rock Hill.

Currently the project’s only involvement in York County is in Family Court.

“We come to Family Court and sometimes the judge will mandate or refer some of the gentlemen in court to our program,” Faulkner said. “But we didn’t have a place for them to be referred to.”

Faulkner said funds will become available in October for the project to open its own location in Rock Hill, and in the meantime they will use some space in the Cherry Road office of Carolina Community Actions.

“100 Black Men of America sought me out to try to pull things together to help some of these young guys that’s in the community that were young dads but they were thuggish and creating havoc,” Faulkner said. “Some of the older guys and church leaders would come up with stuff – ‘What could we do to help?’ ”

The Sisters of Charity of St. Augustine in Ohio was the first sponsor to sign on, and then “the floodgates opened” with other sponsors joining the cause, including United Way and the City of Lancaster, Faulkner said. It is expanding to York County with help from the S.C. Department of Social Services and the South Carolina Center for Fathers and Families.

Participation in the program is voluntary, through referral, or a court mandate. Fathers between the ages of 18 and 40 start by taking an assessment to determine what their needs are. They meet individually with an intervention specialist and in groups, and Faulkner said discussion topics range from job readiness training and health and wellness to parenting. Sometimes the project will even conduct a mediation between the mother and father.

“Our whole thing is, the child is the most important person in the whole equation,” he said. “We want what’s best for the child.”

The program serves low-income, non-custodial fathers who don’t have any convictions for violent crimes.

“If they’ve got a criminal record, we can work with it as long as it’s not child abuse, child neglect, child pornography or criminal domestic abuse,” Faulkner said, adding that someone charged with criminal domestic violence-first offense can still participate if the charge is not prosecuted.

The expanding Lancaster Fatherhood Project will soon change its name to the Catawba Fatherhood Initiative and will serve Lancaster, York, Union and Chester counties, Faulkner said, and is part of the statewide Center for Fathers and Families.

“You go to Charleston and you get the same services there that you get in York County,” he said.

Douglas began studying at the University of South Carolina-Lancaster and got into the Army Reserve before moving to Maryland. He came back to South Carolina and is now an outreach coordinator for the Lancaster Fatherhood Project. In that capacity he makes sure participants get to job interviews, doctor appointments or group meetings and makes regular calls to check on participants.

“I came into the program with the same problems they have, so I can easily relate to them,” he said. “They’re like, ‘There’s no way you were in this program.’ ”

He says one of the best parts is getting to encourage the fathers going through the program.

“I just keep encouraging them – ‘I told you you can do it, just stay focused and do it,’ ” he said. “There’s nothing to it.”

Pictured is Tim Cureton, an intervention specialist with Lancaster Fatherhood Project, as he unloads suits donated through a suit drive.

The South Carolina Center for Fathers and Families is a ministry of the Sisters of Charity Health System that supports six fatherhood programs in South Carolina while promoting father-friendly policies and practices, and helping to erase society's negative stereotype of unwed, low-income dads.